Chris Lyn
KASL welcomes the WPSL U21 Kingston Capitals. This great group of young women will be led by head coach, Chris Lyn. Lyn  has a great vision for the Kingston Capitals and looks to build a strong team for its inaugural 2022 season.

Lyn brings extensive playing and coaching experience to the Hudson Valley at both the collegiate and club level. Since 2016, Lyn has been the head coach at Mount Saint Mary College and has brought the knights to multiple Skyline Conference Championship Tournaments as well as  appearances in the Skyline Conference Championship Final. He has mentored 22 All-Conference selections, including the Defensive Player of the Year in 2016, 2017 and 2019 as well as the Offensive Player of the Year in 2017. Lyn was tabbed the conference’s Coach of the Year after leading the Knights to an unbeaten 9-0 mark in league play in 2017.

Lyn also has experience coaching the men’s game, serving as the head coach at the Culinary Institute of America for two seasons, where he was named the Hudson Valley Intercollegiate Athletic Conference Coach of the Year in 2014.

“I am appreciative of the opportunity afforded me by Athletic Director Dan Twomey and the search committee and I am honored to be selected to lead the women’s team at Mount Saint Mary. I look forward to continuing the success and tradition of the program here at the Mount,” stated Lyn.

At the club level, Lyn served as Club President and Girl’s U-18 Coach with Middlepath FC in LaGrange, N.Y. from 2011-13 and coached both the Girl’s U-17 and U-18 teams following a club merge with Quickstrike FC in Newburgh, N.Y. from 2013-15. In September 2015, Lyn founded and served as director of NY Xtreme FC.

Lyn served as the Head Coach for the Long Island Women’s Open team in the Empire State games and worked with the Eastchester Patriots Soccer Club and as the Director of Coaching for FC Westchester. Lyn has coaching experience with a Super Y League Girl’s Northeast Region team and served as a National Team scout.

Lyn boasts an impressive playing resume, including serving as a team captain for the University of North Carolina at Chapel Hill Men’s squad. He adds a stint with the Greensboro Dynamo Professional Club in the USISL where the team won a National Championship and earned an MVP honor in the USISL with the Raleigh Flyers. Lyn was tabbed a captain with the Eastern New York State and Region I Olympic Development Program and was a member of the United States Youth National Team.

A 1995 graduate of UNC Chapel Hill with a degree in History, Lyn currently resides in Poughkeepsie, N.Y.

Cusato brings to the Capitals extensive knowledge and experience as a coach and a former Division I player. Currently, she is the first assistant coach for the women's soccer team at Mt. St. Mary College, under head coach Chris Lyn. While Cusato has been at Mt. St. Mary, the team has performed at an exceptional level, consistently performing well in regular season and post-season play. At this time, she is also the CLSA Select Head Coach for the Girls 2010 team, and periodically conducts Speed & Agility, and Technical Skills, clinics for the club.

Prior to commencing her college coaching career, Cusato was the assistant coach for the GU16 premier team at Lakefront Soccer in Webster, New York. While she was with the club, she also coached at various youth soccer camps.

As a player, Cusato excelled at many levels. Before college, she was a six year member of the New York State West Olympic Development Program, named to New York's  All State Third Team, and voted Class AA Player of the Year. As an undergraduate at Division I Binghamton University, Cusato was a four year member, and three year starter, on the Women's Soccer Team. During her college years she also gained semi-professional playing experience as a member of the WPSL Syracuse Lady Knights.

Cusato obtained her undergraduate degree from Binghamton with a major in Psychology, and a minor in Health and Wellness. While at Binghamton, she earned several academic honors including Dean's List, America East Commissioner's Honor Roll, America East Conference Honor Roll, and Athletic Director's Honor Roll. Subsequently, Cusato earned a Master's Degree in Sport's Administration from Xavier University, and is in the process of completing a Master's Degree from Ithaca College in Exercise and Sports Sciences.

Christopher Lahar rejoins the women's soccer coaching ranks after a brief hiatus. Lahar was last coaching as an assistant coach for the Mount Saint Mary College Women’s Soccer team from 2012-2015. During that time, Lahar helped coach the program to a regular season overall record of 62 wins, 23 losses, and 4 ties as well as a Skyline Conference regular season overall record of 32 wins, 1 loss, and 1 tie.

Lahar played four seasons for the men's soccer program from 2003-06, serving as the team captain during his junior and senior seasons.  He played in 59 career games and made 34 starts.  During his senior season, Lahar set a new school record for points in a season with 20 (8 goals, 4 assists) which has since been broken.  For his efforts, he was named the MSMC Offensive Player of the Year in 2006.

For the past fifteen years, Lahar has served as a police officer with the City of Newburgh Police Department.  During that time, he also served as an assistant coach for the Wallkill High School boys' varsity team for one year and as the head coach for the Cornwall United U-12 team.

Nick Malvai​
Nick has been coaching for over 25 years. He has a USSF National D Coaching license. Nick has been part of the Kingston Area Soccer League (KASL) family for  almost 20 years while holding various roles such as the Director of Coaching since 2006 and currently  the Vice President. He  has also been the Directing of Coaching Education.

In addition to all his hard work at KASL, he was also a coach for the Kingston Varsity Girls Soccer team.

From 2012-2015, Chris held a position as a Board member of the East Hudson Youth Soccer League (EHYSL).

Prior to being a referee, Chris was the President of the Dover United Soccer Club from 2007-2010

Chris begain his coaching career in 2005 as a recreational soccer coach.

Chris holds a D License and has a diplomas for the following:

More about our coaches 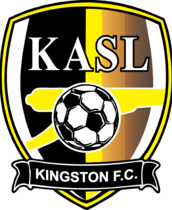 Building a kid healthy community one kick at a time 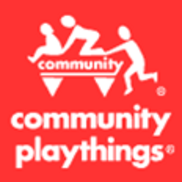 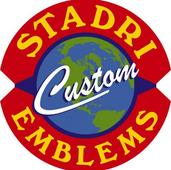